The Rocks is a neighbourhood of historic laneways in the shadow of Sydney Harbour Bridge. Locals and tourists mingle at the open-air Rocks Markets, purchasing street food and handmade fashions. The area has some of Sydney’s oldest pubs and many of the upscale restaurants have harbour views. The Museum of Contemporary Art offers local and international exhibits. Buskers perform along the busy harbourfront promenade.

Did you know: The oldest house in Sydney can be found in The Rocks. It is Cadman’s Cottage, located just behind the overseas terminal. Cadman’s Cottage is over 200 years old has remained accessible to the public free of charge.

The Rocks became established shortly after the colony’s formation in 1788. It was known as Tallawoladah by the Cadigal people. The original buildings were first traditional vernacular houses, of wattle and daub, with thatched roofs, and later of local sandstone, from which the area derives its name.

The ports near the Rocks traded wool, and whale and seal produce in the early days of the colony.

The Rocks began to acquire a negative image in the colony during the late 19th century as many of the more well-off people who lived around Port Jackson moved to outer areas, and the area became somewhat of a slum.

Due to its heavy population of sailors and number of drinking destinations, the area also became known for alcoholism, violence and prostitution.

The Rocks was ravaged by the plague of 1900, where many of its residents died and many buildings had to be demolished. This was a first step in the area’s transformation from slum to desirable location.

In the 1920s, more buildings were demolished to make way for the Harbour Bridge. The original Harbour View Hotel, a popular destination with sailors, was among the demolished

In the 1970s, many residents whose lineages had resided in the Rocks for decades began to be forced out of the area. They called upon the trade movement to help stop this.

Green Bans during the 1970s helped restore many heritage locations in the Rocks that were due to be demolished to make way for modern constructions.

The fight over to preserve the Rocks led to the NSW government enacting the 1977 Heritage Act.

Today the Rocks is a popular destination for tourists due to its rustic atmosphere and cultural sites, including museums, inns, and sites of significance, such as the Garrison Church, the Sydney Observatory and the Dawes Point Canons located near the Harbour Bridge’s Southern pylon.

Pinchgut Island is a small rocky island in the middle of Sydney Harbour, near Farm Cove. It was historically known as Mattewanye by the local Indigenous population.

During the initial colonial period, Pinchgut Island was a prison. The first convicts were sent there in the 1790s once all the stone was quarried out, and the Island served as an open prison and site for execution up until the 1840s.

Fort Denison, located on Pinchgut Island in Sydney Harbour was built in 1857. It served as both a prison and defensive facility. Today, it is a popular tourist destination.

In 1839, it was realised that Sydney’s defences were not up to scratch.

Thus, construction began on Fort Denison, which would serve as a fortress to help defend Sydney in an instance of an invasion.  It was the Crimean War and the British Empire feared a Russian attack. The only problem, however, was that by the time Fort Denison was complete in 1857, the war had been over for a year.

The distinctive Martello Tower was the only ever built in Australia. The sandstone came from nearby Kurraba Point, on the north side of the harbour.  The tower featured 12 canons and two ten-inch guns.

Fort Denison lasted as a defensive outpost up until the 1930s.

Following the removal of its guns, the island was attacked by Japanese Midget submarines that snuck into Sydney Harbour in 1942, during the height of WW2. Some damage it received remains visible on the Tower.

Today, there are restaurants and historic tours held at Fort Denison, and the island is accessible by ferry from Circular Quay.

The Barracks building was designed by Frances Greenway, the architect who was himself a convict. Governor Lachlan Macquarie was so pleased with the design of the barracks, that he gave Greenway a full pardon following its completion.

The barracks was mandatory accommodation for convicts until they stopped arriving in 1840. Up to 1400 convicts could be held there at the one time, and around 30,000 convicts passed through the barracks between 1819 and 1840. It was reported by Governor Macquarie that while convicts were kept in the barracks, there was a tenfold decrease in robberies and burglaries. Being sent to the barracks was a form of punishment for convicts and the crimes that could get one locked up there included public drunkenness, gambling, public brawling and loitering. Punishments at the barracks included the chain gang and floggings. Convicts could work for their own benefit on Saturdays but were compelled to do prison labour five days a week.

Once convicts stopped arriving in 1840, the barracks would go on to serve a variety of different functions. During the 1850s, it temporarily housed escaped victims of the Irish famine who had fled to Australia, including orphans.

Located in the building during this time was also the Female Immigration Depot.

From 1862-1886, located within the barracks was the Asylum for Infirm and Destitute Women, where women who were unwell and destitute would go seeking care. After 1886, the asylum moved to Newington, near Parramatta.

The proceedings at Queens Square were dominated by industrial relations matters, and two landmark decisions were passed there.

In 1921, the courts at the barracks approved equal pay for women (not granted until 1973) and the basic living wage was approved in 1927.

The last of the courts at the Barracks ceased operations in 1979. The Barracks building became a museum in the 1980s and has undergone significant renovations since over time, and while dedicated primarily to its convict history, it does pay some homage to its later occupants.  The building, now 200 years old, remains a popular stop and must see for visitors to Sydney.

The Sydney Mint located on Macquarie Street is Sydney’s oldest public building, being built between 1811 and 1816. It was originally a wing of the Rum Hospital with its contractors being paid in 45,000 gallons of rum, hence the name.

Construction was completed in 1816. The building is of classical Greek architecture and was built to somewhat represent the Athenian Parthenon.

In 1855, the mint began operating on the site. The gold coins at Sydney’s mint were declared to be legal tender in Britain in 1868. They were identical to British coinage other than the mark indicating their site of production. Silver and bronze coins began to be produced there in 1868 and 1879 respectively.

Australia’s gold exports declined significantly in the mint’s first five years due to the immense rate in which gold coins were produced.

In 1901, Sydney mint was one of the first few mints to create the new Commonwealth coins

In 1927, at already 111 years old, the Mint was closed due to the building being in a dilapidated state, and coincidentally, coin producing activity had increased in Melbourne, Perth and Canberra.

The building was restored, and from the late 1920s until the 1970s the Mint housed Government Offices and Law Courts. The Family Endowment Department, National Emergency Headquarters, Housing Commission of NSW, and the Land Tax Office were a few of the government departments located in the Mint during this time. Some of the coin producing facilities had to be demolished during this time to make way for the new occupants but were recreated when the Mint opened as a museum.

In 1982, the Mint opened as a museum. In 1998, ownership was transferred to the Historic Houses Trust.

The building celebrated its 200th birthday in 2016.

Il Porcelino is a statue of a boar located outside the Sydney Hospital facing Macquarie Street.

The sculpture is an exact replica of an original by Pietro Tacca which has stood in Florence since 1633.

The Sydney Hospital is Australia’s oldest hospital, dating back to 1788, and has been at its current location since 1811.  The original hospital building on the site was constructed to treat convicts who had been suffering smallpox, scurvy and other illness contracted during their trip.

There is a wing at the Hospital named after the nurse Florence Nightingale, the founder of modern nursing.

For enquiries go to our Icons of Sydney Tour page 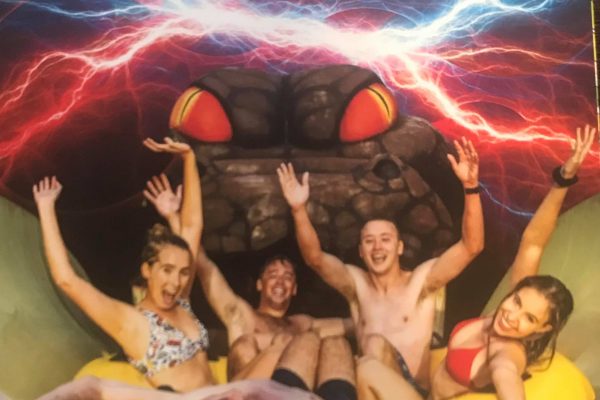 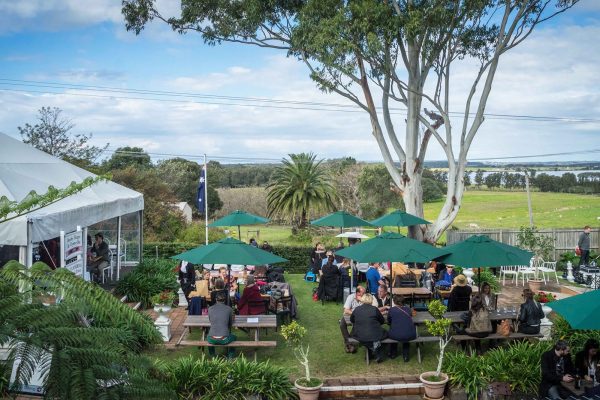 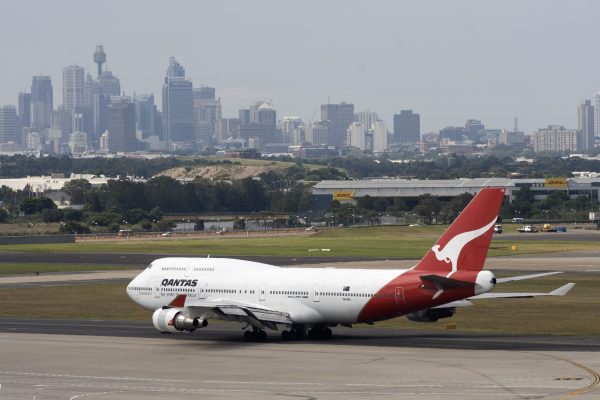 Airlines that operate out of Sydney