Don’t waste several hours coming off the cruise ship waiting for your flight home. Enjoy what Sydney has to offer while you can 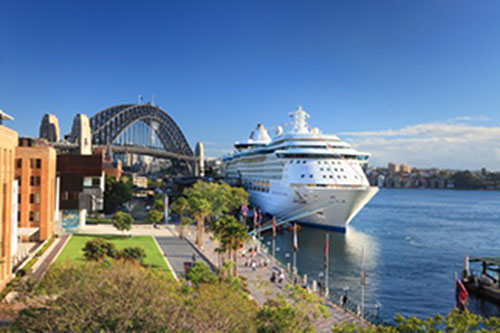 The Icons of Sydney Tour is a half or full day tour of Sydney’s landmarks and is ideal for groups coming off cruise ships that have five hours or more in spare time prior to their flight departure.

The tour is conducted by experienced drivers whose knowledge of Sydney’s streets is second to none. We pick you up from your cruise ship whether it be P&O, Carnival, Royal Caribbean, Princess Cruises or any other cruise ship liners. During your private tour, your luggage will be secured in a padlocked trailer while you see the highlights of Sydney. These include the Sydney Harbour Bridge, the Rocks, Opera House, the Royal Botanic Gardens (featuring Mrs Macquarie’s Chair), Sydney’s famous beaches, such as Bondi, Manly and beyond.  If requested, drop offs at Sydney’s premier shopping location centred  around the famous Sydney Tower Eye can be done  (shops include Myer, David Jones, Gucci, Chanel, Super Dry, Gap, Top Shop, Zara, Zimmerman, Sephora, Forever 21, H&M). 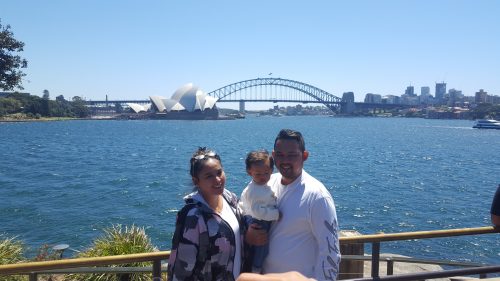 While these locations are highly recommended for any visitor to the city, the itinerary can be tailored to suit your requirements.  We can accommodate all groups up to 24 and we are able to get to lesser known gems of Sydney that bigger coaches cannot get to, such as Balmoral Beach.

A recent tailored tour dated on the 15th of January 2019 featured a group of fifteen, who were picked up from White Bay Cruise Terminal. Of that group, two passengers were dropped off for shopping at David Jones; another 11 were taken to Taronga Zoo and the other two remained with the driver to do a tour of Manly and Balmoral beaches.  At the end of the day, the driver picked up all three groups at an arranged time before taking them all to the airport for their flight home.

Feedback from this tour below

Just a quick note to say how fantastic we all thought the service was with your company yesterday. Lucy was a dream to work with, never had anyone give such prompt and efficient service before.  Everyone thought Peter was great and the day went really well, in fact, far better, than we were expecting. He kept on giving us little extra bits of sightseeing that was really appreciated.
From my perspective, dealing with you was an absolute pleasure and I only wish I’d found you guys first when we were initially booking our trip. I am happy to recommend your company and service to anyone – you made our last day (which turned out to be quite hot) easy and restful. — Rob

Call or e-mail for your tailored Icons Of Sydney Tour now!