The act of the marriage is without doubt the ultimate act of love – a couple, infatuated with one another, uniting as one in the hope such a bond will last forever!  A couple’s wedding is often one of the greatest and happiest moments of the lives of both people, and is remembered by all in attendance for years to come fondly!

Across the world, there exist a wide variety of wedding traditions that you the reader may find interesting.  Here we will outline some traditional forms of marriage from around the world!

Christian wedding traditions are based largely on the Scriptures and the teachings of the denomination the couple belong to. For Christians, marriage is the unity of two persons under the eyes of both God and the state, and is to be maintained until the end!   The music at Christian weddings can be either secular or of a theme that glorifies God, involve the recital of Scripture, and the committal by both partners to honor one another and God throughout their new journey together.

Muslim weddings derive their tradition from the Koran and other Islamic related literature.  In Islam, a marriage is seen as a social contract, in which both parties have obligations to uphold. The actual wedding ceremony is known as a nikah, and is a simple ceremony where the bride’s presence is optional. This ceremony involves reading of the Koran, and the imam present may give a short sermon.

Under Jewish traditions, the groom signs a wedding contract, known as a ketubah, in the presence of two witnesses. This contract outlines the groom’s obligations as a provider to his wife.  This declaration is often read aloud. Jewish wedding traditions also involve the presentation of the ring, the recital of the seven blessings by the rabbi, and finally the crushing of the glass by the groom, while calling out “mazel tov!”, meaning “congratulations!”

After your wedding, listed below are some wedding reception venues in the Sutherland Shire: 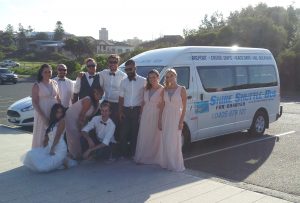